As a business leader, you’ve probably been eyeing the headlines about the metaverse and pondering your organization’s future there. Maybe you already have a metaverse strategy — in which case, congratulations on your virtual fashions, virtual makeup, virtual bank lobby, or whatever other virtual product you’ve already launched. Or perhaps you’re watching the news of the metaverse […]

As a business leader, you’ve probably been eyeing the headlines about the metaverse and pondering your organization’s future there. Maybe you already have a metaverse strategy — in which case, congratulations on your virtual fashions, virtual makeup, virtual bank lobby, or whatever other virtual product you’ve already launched. Or perhaps you’re watching the news of the metaverse a bit like a drunk patron at an all-night diner watching a rat in the corner to make sure it doesn’t get any closer as you hurry to eat your grilled cheese.

Speaking as someone who founded a business called [meta]marketer in the late 2000s, the observation of the “meta” nature of much of the digital space is not new. But given Facebook’s brand pivot to Meta, this seems like the moment to delve into this topic more fully here.

What does all this have to do with Facebook?

If you’ve been living under a rock (or in quarantine) for the past few months: there’s been a bit of discussion about Facebook lately. This includes not just the outcry surrounding their unethical ad practices, but also the implications of their algorithmic manipulation of content in users’ feeds. A lot of this discussion has been brought to high alert by whistleblowers like Frances Haugen.

But Facebook has also garnered headlines (and, pardon my skepticism, effectively diverted some of the public sentiment from outrage to curiosity) for the announcement of their new corporate structure, with Meta as the name of the new overarching company above Facebook, Instagram, Whatsapp, Oculus, and everything else.

As someone who has been widely quoted (and somewhat misquoted) for my criticism of Facebook in the media, allow me to go on record in saying this:

But why not adopt Facebook’s platform for your metaverse strategy? Why look beyond Facebook?

I’m not here to crucify or praise Facebook, nor am I trying to rule out their role in future metaverse efforts. I’m certain their contributions will be substantial. But at best, those efforts are likely to be proprietary and built around these same questionable ethical practices that keep bringing them back into the headlines.

Their objectives will naturally be to increase the time users spend in their apps, increase their advertising revenue, and increase user growth. These goals are a pretty standard part of an overall company strategy that aims to build value for the shareholders of that company. So Facebook isn’t evil because they want these things — in this respect, they’re simply acting as a business. The sticking point is the means by which they achieve them, what they’re willing to sacrifice in the meantime, and the lengths to which they’re willing to go.

The larger potential of virtual worlds

I’ve said for years that our digital selves are our aspirational selves, and that was before we had the latest bloom of deeply immersive virtual playgrounds to spin our avatar around in.

If we think about virtual worlds as the earliest adopter of the metaverse label, it makes sense that Facebook would want to harness them for their potential. It’s already been happening with “social VR” experiences like AltspaceVR and vTime. We’re seeing more indications of this trend with relationship statuses between Oculus Rift and Spaces. We see it in the News Feed’s support of 360 degree video. As tech companies become more enamored with the potential of virtual reality, they’ll try to take control where it matters most: social media. The advertising implications are significant, as is the opportunity for them to tie your identity to one identity across all these devices/implementations/experiences.

But this is precisely why I’m wary of Facebook’s enterprise in the metaverse. Even if their contributions are intended to be open source, they’ll be tied up with legal agreements that could potentially give them an upper hand in how these technologies develop. The implications for user privacy and security are tremendous when it comes to transitioning between virtual worlds. We just don’t have time for them to play catch-up on cleaning up their ethical practices while they simultaneously try to figure out how best to lock down and monetize the virtual land-grab.

In any case, the metaverse isn’t Facebook, and Facebook’s vision of the metaverse isn’t the be-all end-all. There are entire worlds of creative vision left to dream up and implement. Which is why you need a good metaverse strategy to build from: one that puts human experience at the center, and pulls your brand forward.

What should your metaverse strategy actually look like, then?

Well, this part is fun. This is part of what I address in my keynote and consulting around Third Places and Third Spaces. If you are beginning a brainstorming process with your team, here are some thought-starters you can use to provoke discussion and ideas.

These are questions and provocations that aren’t intended to have simple, easy answers. They’re meant to get your brain gears turning and new ideas churning.

The best answers here are those that pull you forward into new insights about your brand and how to enrich your offering with relevance.

As always, if we can be of help, please reach out.

I look forward to seeing what strategic visions you bring to the metaverse. The opportunity is so much bigger than any one company. And it’s big enough to bring your brand — and the people who interact with it — into a brighter future. 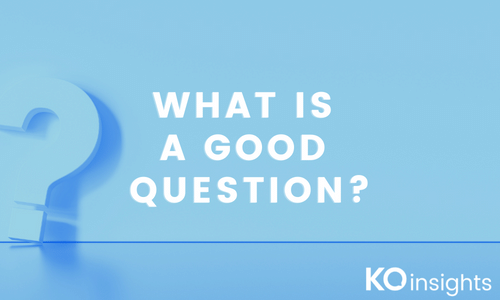 What is a good question?

Why Strategic Optimism is not toxic positivity